By early April the masses of wild daffodils were beginning to die and were replaced by cowslips in their thousands. Bluebells, blue, white and a few pink ones appeared along with celandines, green alkanet, shepherd’s purse, white stonecrop, cow parsley, garlic mustard, more buttercups including the tall meadow buttercup and a mass of forget-me-nots.  Our bluebells are Spanish hybrids, characterised by their upright stems and bell-shaped flowers with open tips.

By the mid/end of April, the trees were coming into leaf including the copper beech, far right. 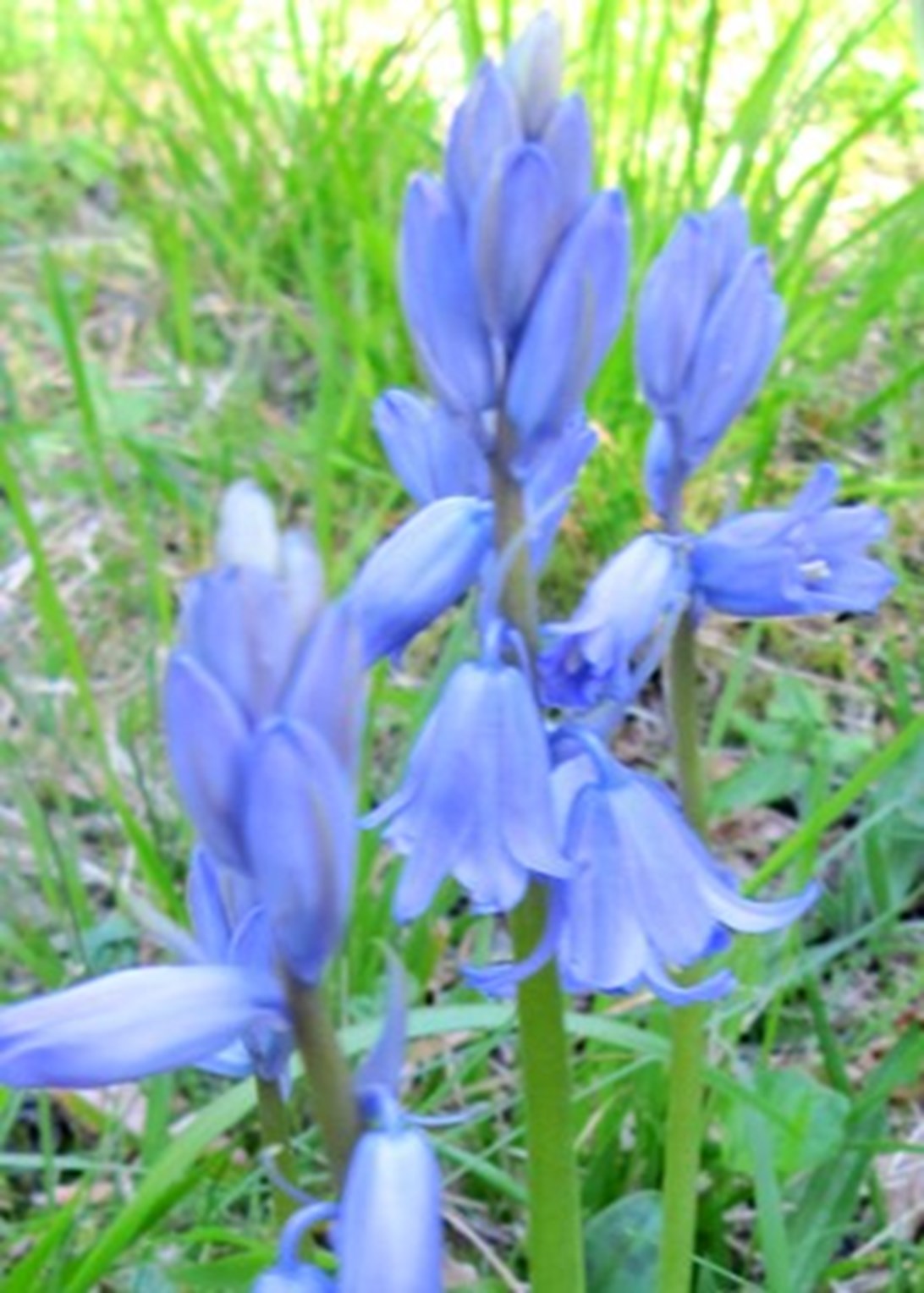 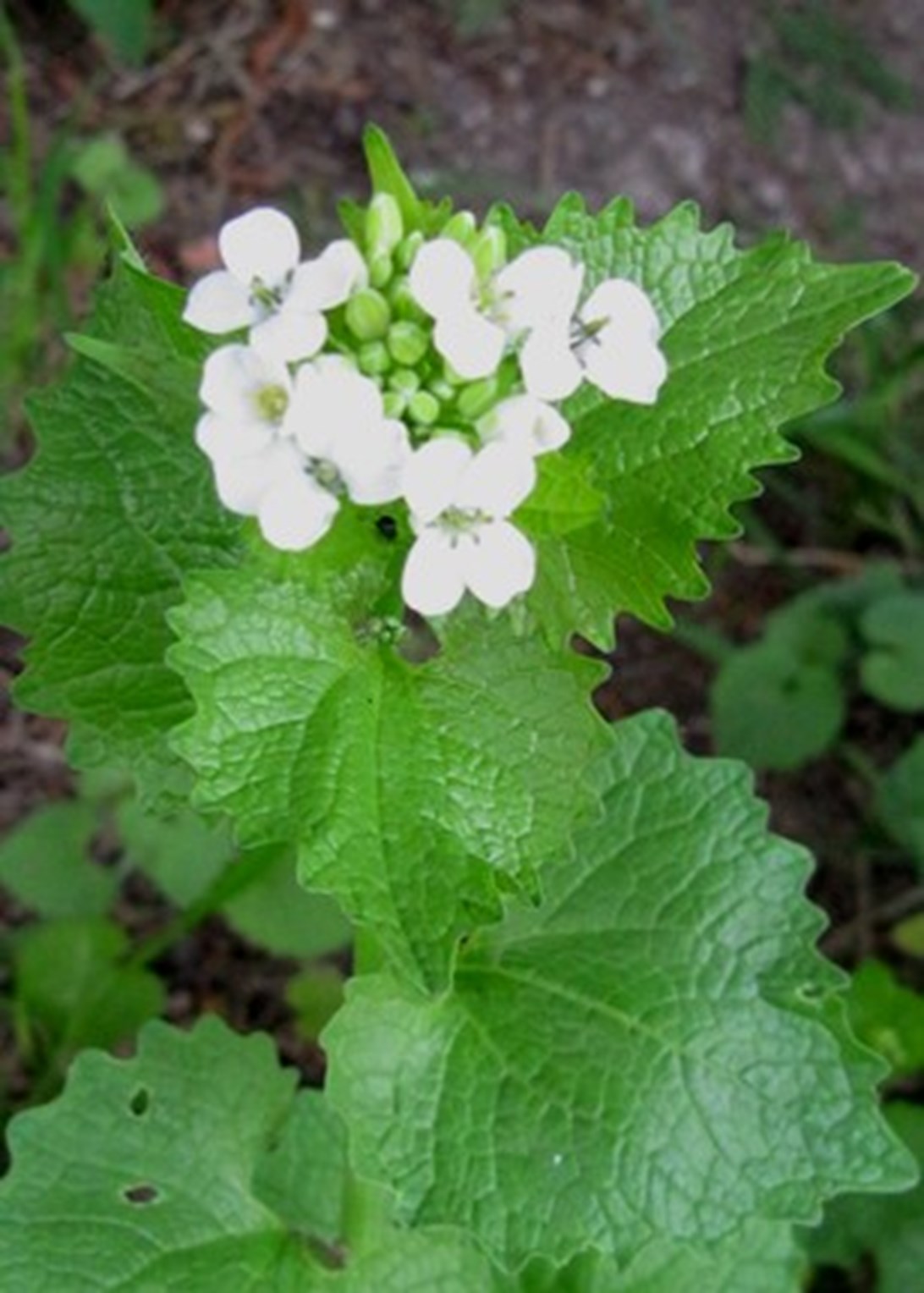 Garlic mustard - see above for all the other names Flower of the white stonecrop End of April with thousands of cowslips (and a few tulips!)