By now our meadow is beginning to look rather brown with little colour.  The remaining Composities (daisy family - knapweed, hawkbit, pignut etc.) still in flower are turning to seed along with the grasses that have now reached some four feet in height..

Our copper beech tree is also beginning to lose its colour.  Thankfully our 100+ year old ash tree has survived another year although many in our area are suffering from ash dieback and other ash tree diseases.

The beginning of autumn is bringing out the squirrels scavenging for nuts and seeds and birds, probably crows, have been scraping the recently mown grass looking for leatherjacket larvae etc. Originally thought to be due to badger activity, of which we have several large sets in the bank marking the top right boundary of our garden. Allegedly badgers can be restricted by marking the ground with urine (apparently only men's urine does the trick) but this may be just an 'old-wives' tale'!

A new wild flower appeared at the end of September, surely the last of the year. A single spear thistle in the side lawn has produced one flower with some more expected in early October

September 2020, another type of fungi appeared for the first time, a group of waxcaps. These are brightly coloured and sometimes shiny mushrooms of the genus Hygrocybe, commonly seen in the Autumn. There are many subspecies, some of which are edible, others poisonous. 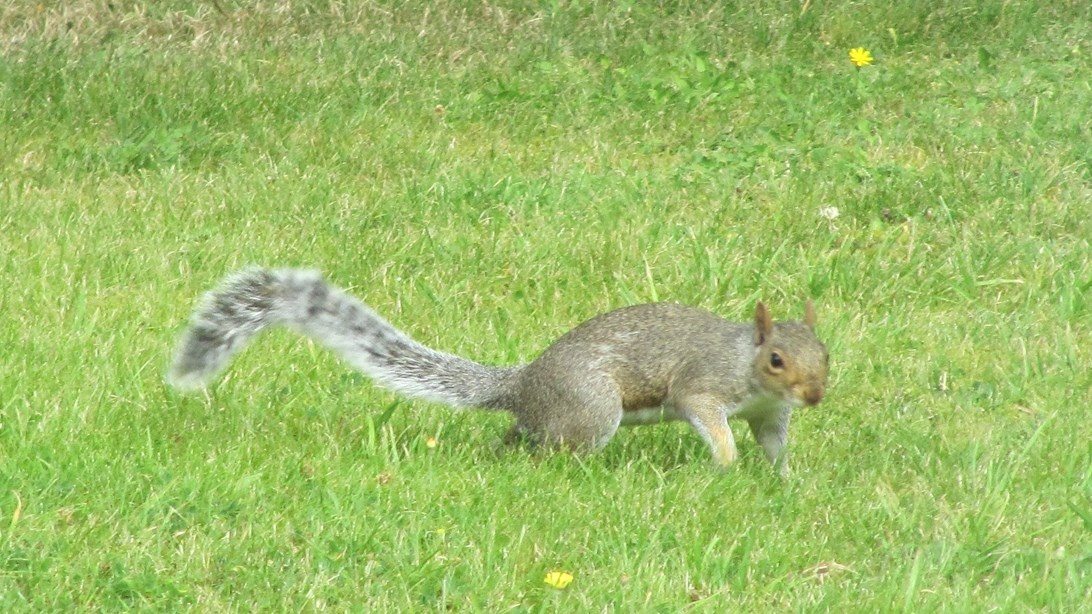 Badgers sets in the bank