As nearly all the flowers have seeded and died, it is time to think about doing the annual mow. However with all the rain at the end of September and during the first week of October, this is not yet possible. We need a week's dry weather so the grass can be cut and raked up. The photo shows a typical wet, cloudy October morning.

The spear thistle eventually produced some more flowers, the only plant that is still flowering. Other names for it are bull thistle, common thistle or Scottish thistle as it is the national flower of Scotland.

Probably due to all the rain, a second batch of destroying angels appeared, about 12 in all. Following a tip on how to get rid of fungi, I'm trying Jeyes fluid as we do not want these to become established.  Another type of mushroom suddenly appeared, hundreds in a patch of grass where an old plum tree was cut down years ago.  From a quick look I would guess they were common bonnets. 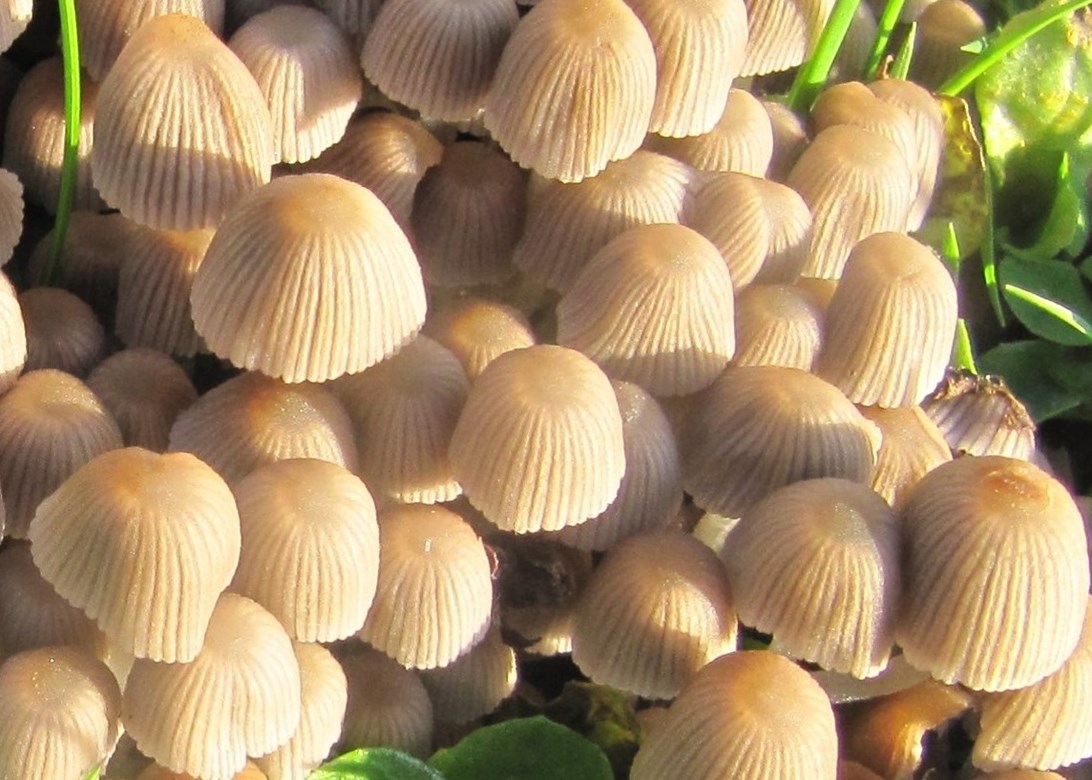 Closeup of the common bonnets Mid October with the autumn colours developing quickly and high winds stripping the leaves off the trees.  By now the grass should have been mown, raked up and put on the bonfire but it is still far too wet to do anything